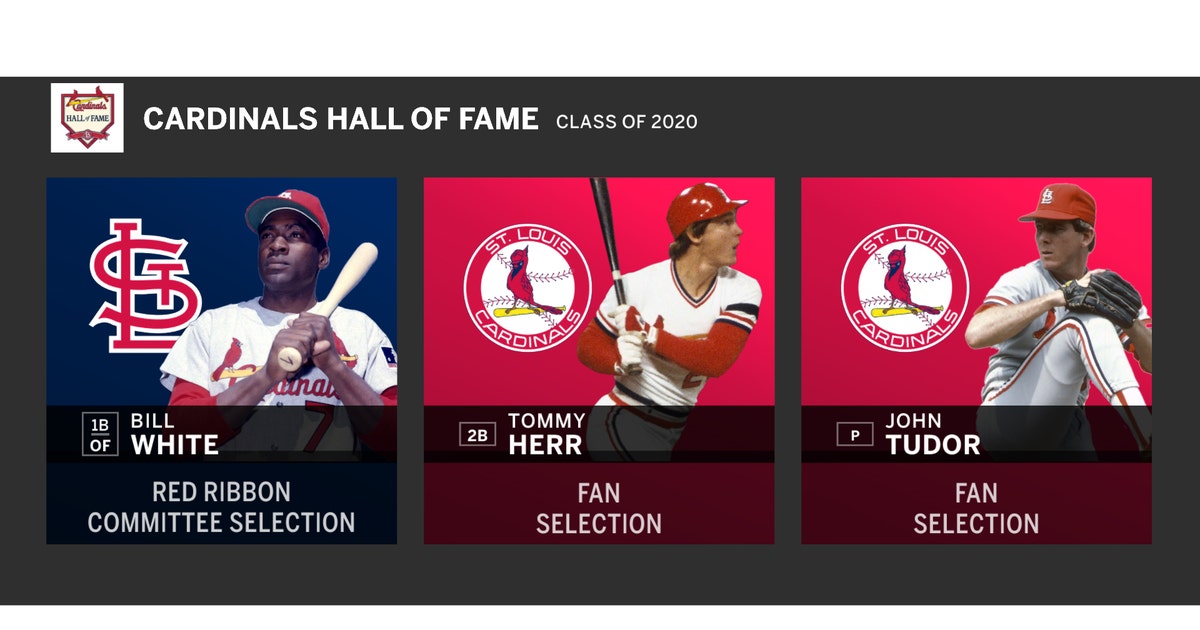 Two members of Cardinals pennant-winning teams of the 1980s and a world champion from the 1960s form the 2020 Cardinals Hall of Fame Induction Class.

Herr and Tudor were the modern-era selections made by fans during a nine-week online balloting process. The other modern-era nominees were Steve Carlton, Keith Hernandez, Matt Morris, Edgar Renteria and Lee Smith.

White was the veteran player selection by a Red Ribbon Committee of Cardinals baseball experts.

The players will be enshrined in the Cardinals Hall of Fame Gallery on the second floor of Cardinals Nation in Ballpark Village, just outside the entrance to the team’s museum.

White played for the Cardinals from 1959-65 and 1969, batting .298 with 140 home runs and 631 RBIs. He hit .303 with 21 homers and 102 RBIs and finished third in the National League MVP voting in 1964, when the Cardinals beat the Yankees in the World Series. He was a five-time All-Star and a six-time Gold Glove winner at first base during his eight seasons in St. Louis. White later served as president of the National League from 1989-94.

Tudor was obtained from the Pirates before the 1985 campaign and proceeded to turn in an incredible debut season with the Cardinals. The left-hander went 20-1 after June 1 and finished the year with 21 wins, a league-high 10 complete-game shutouts, a 1.93 ERA and a second-place finish in NL Cy Young Award voting. Tudor pitched for St. Louis in five seasons (1985-88, 1990), being part of two pennant winners and establishing records for Cardinals career winning percentage (.705) and ERA (2.52) that still stand.