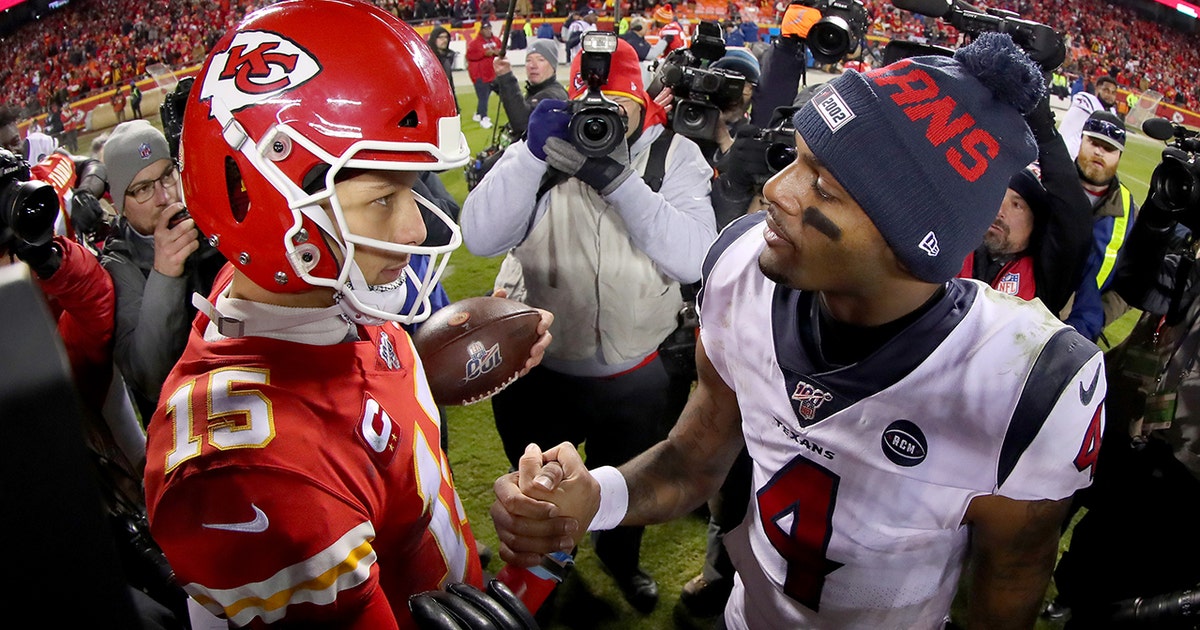 On Monday, the Kansas City Chiefs signed quarterback Patrick Mahomes to a historic 10-year extension worth $477 million (it can reach up to $503 million) and equipped with a $141.48 million injury guarantee.

This will make it the largest contract not just in NFL history, but in sports history. https://t.co/lKqNNqMGq7

The 10th overall pick in the 2017 NFL Draft, Mahomes was entering final season of his 4-year, $16.4 million rookie contract, and the Chiefs exercised his fifth year option in April.

After reading Mahomes’s contract; here are a few key points;

During his two starting seasons in Kansas City, Mahomes has established himself as the cream of the crop in the league.

Accolades like this in just 2 years of being a starting QB is how you get a 10-year, $400+ Million extension 😤 pic.twitter.com/VMAE1vEJju

However, on Monday, the discussion still revolved around whether Mahomes is worth the massive contract.

While Nick Wright believes that both sides won the deal, in the end, the Chiefs are the ultimate victors, considering Mahomes will be the face of their franchise for years to come.

“I think it’s outstanding for all parties involved, yours truly included, but it is better for the Chiefs. The Chiefs are the ultimate winners in this … It is stunning for a team that for 50 years was looking for a quarterback … to now not only have the best player in the league on their team, not only have a Super Bowl under their belt, but to have that player sign an unprecedented contract.”

The best player in the sport, the most talented player maybe ever to play his position, made an affirmative choice at age 24 that he wants to spend the entirety of the prime of his career playing for the Chiefs. pic.twitter.com/93Fg5j1PAB

Like Wright, the Kansas City franchise as a whole, including general manager Brett Veach and head coach Andy Reid, is excited about the deal.

In an interview with Pro Football Talk, Veach praised Mahomes for his devotion to the team and the city.

“If there was ever a player who is deserving of the biggest contract in U.S. sports history, it’s Patrick Mahomes. This contract shows his total love for and commitment to Kansas City.”

And Reid rocked the best shirt in his collection in order to celebrate.

“I’m one happy guy. I put on my best Tommy Bahama for all of you.”

Still, even with those stats, not everyone is so sure he’s worth the massive deal, including Skip Bayless, who believes there is a thing as too much money.

“I am shocked at the commitment both sides made. So both sides took huge plunges because the deal is the deal. The highest he’s going to count against the cap comes at age 31, when he counts $60 million against the cap. He has been hurt here and there. If you get hurt, the Chiefs could be on the hook for tons of money that would kill their cap going forward. It would be crippling for your salary cap.”

.@RealSkipBayless reacts to Mahomes’ 10-year-extension with the Chiefs for $450M:

“What if he doesn’t quite live up to this much money? How many Super Bowls do you need to get out of 12 years to make this worth your while?” pic.twitter.com/KtYjBljlKQ

It’s no surprise that Mahomes’ contract has now reset the QB market, and the more you look at it, the more awe-inspiring it becomes.

Based on a full-season average from the past 2 seasons, Pat Mahomes will be making around:

in the next 12 seasons. pic.twitter.com/yVzCCaXQpi

So, what does it mean for the rest of the quarterbacks looking to get paid?

The Dallas Cowboys have been working tirelessly on getting a deal done with their quarterback Dak Prescott, and while he recently signed his franchise tender of $31.4 million, both sides are looking to lock in a long-term deal.

The two sides still now have until July 15 to work out a long-term deal.

And considering Dak’s recent success, combined with Mahomes’ groundbreaking deal, ESPN’s Stephen A. Smith believes that Prescott, alongside Mahomes, won on Monday, assuming the Cowboys see him as the future of the franchise.

“On one hand, I definitely think it could elevate his stock just a touch, only from the standpoint that the market is clearly elevated because you gotta remember, we’re talking about the National Football League here. Hard salary cap and all … But when you hear players lamenting about the state of affairs that exist in the NFL, they talk abut the money that’s allocated to certain positions and how there’s only so much money to go around. It gives the impression that the money isn’t there. And what Kansas City is saying to you is, ‘Hell yeah it’s there for the right player.’”

Colin Cowherd, however, lands opposite Smith, saying Tuesday that Mahomes is in a league of his own.

“Patrick Mahomes is his own market. We have found the perfect quarterback. He’s 24, he’s the perfect size, he has the best arm, he has the best offensive coach, he’s incredibly mature. This guy is his own market. You can pay him, and Dak is different. Dak isn’t even arguably the MVP of the offense. Most believe it’s Zeke and the offensive line. Dak doesn’t necessarily elevate the Cowboy brand – and you have to think about that.”

Patrick Mahomes’ contract has no effect on Dak Prescott’s:

Houston Texans quarterback Deshaun Watson is also gearing up for a new contract.

And after seeing the Mahomes news, it looks like he’s ready to head to the bank, too.

Watson was reportedly having contract extension discussions with the Texans earlier this summer, but those negotiations will take on a different tenor after Monday.

According to PFT’s Mike Florio, Watson wants a 3-year extension so he can sign a second extension at the height of his playing career, after the market has been reset by new QBs entering the league and television rights deals.

While these QBs are waiting patiently for the green, Mahomes has got it.

And after leaving the bank, he wasted no time in returning to the field.