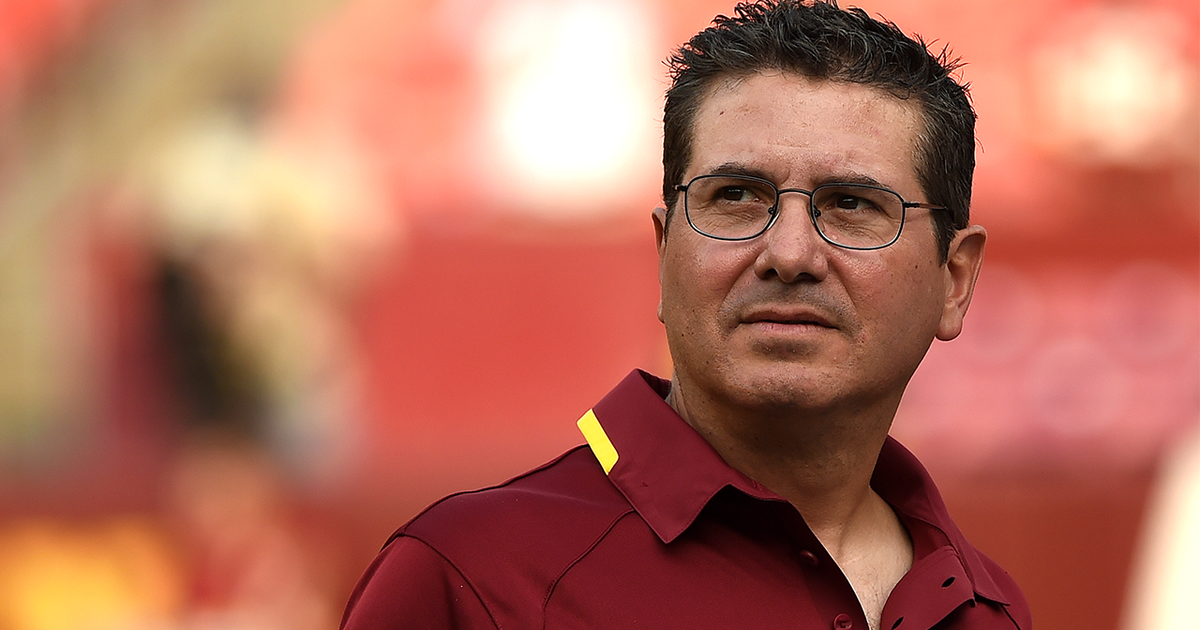 “If we get it done in time for the season, it would be awesome,” Rivera told The Washington Post on Saturday.

As the Redskins consider a name change, Daniel Snyder’s inner circle is smaller than ever https://t.co/btSDZsZlbQ

He continued, “We came up with a couple of names – two of them I really like.”

Fans and athletes have already started hypothesizing about what the new name will be, including Redskins QB Dwayne Haskins, who favors the nickname “Redtails.”

Washington announced Friday, after years of discussion, that they are undergoing a “thorough review” of the team’s name, after FedEx, the title sponsor of FedExField, officially requested the name change on Thursday.

Riviera’s statement matched what NFL insider Adam Schefter reported on Friday as well, stating that a change could be imminent.

And here it is: the Redskins are undergoing a thorough review of the team’s name.

And let’s be clear: There’s no review if there’s no change coming.

Redskins on way out. pic.twitter.com/ZrS3cCvhMg

For years, the Redskins nickname has been a controversial one. It has long been considered offensive to Native Americans, and in recent years, Native American leaders have asked team owner Daniel Snyder to change the name, which he previously refused to do.

But in light of the recent racial unrest in America following the death of George Floyd on May 25, FedEx and other major sponsors have stepped up and requested that Snyder make the change.

On Friday, Shannon Sharpe said now that major sponsors are involved, Snyder is left with no choice but to change the team’s nickname, but moreover, it’s a move that needs to be made.

“Now they’re starting to hit Daniel Snyder where it would potentially hurt, and that’s in his back pocket … You know what the problem is? You know why people don’t wanna give that nickname up? People that create something have a hard time being told not to use it … Do you think Native Americans ever call themselves ‘Redskins’? No! … I don’t think Daniel Snyder is going to have much of a choice. Forget the climate [in America], it’s the right thing to do!”

.@ShannonSharpe on FedEx requesting the Washington Redskins franchise to change their name:

“It won’t be a better time than right now. But forget the climate in society, it’s the right thing to do! What ever happened to doing the right thing?” pic.twitter.com/AafBEM6sjz

The term “redskin” has taken on different meanings in history, but it most often refers to the reddish color of Native American skin. However, according to Time’s John McWhorter, that doesn’t make the term okay to use.

It may not be mean to tell someone their skin happens to be reddish. But it’s mean to call someone a Redskin. There’s a difference.

There also exists a more gruesome history of the word, which was outlined by ESPN’s Baxter Holmes in 2014.

A few years ago, on the phone, @baxter asked me if I knew what a Redskin actually was.

“A Redskin is the scalped head of a Native American sold, like a pelt, for cash,” he said.

Within a few hours, he filed this, a devastating and important history.https://t.co/fkYKuVgcmv

Skip Bayless gave a little historical context to the controversial nickname, saying that Snyder’s love for the team growing up is what led him to say that “We’ll never change the name” back in 2013.

“I have been campaigning for years for this nickname to go away … It was just wrong from the start. I think Dan Snyder knew in his heart of hearts it was wrong, but he grew up a Redskins fan, and the sentimentality of the deep love that he has for the team blinded him to how that nickname does offend some Native Americans – not all.”

“It was just wrong from the start. I’ve said for years just how derogatory the term is.” pic.twitter.com/HOjBwlJG9d

Indeed, there have been several polls conducted over the years in order to ask Native Americans if the nickname offends them personally. In 2016, the Washington Post polled 504 Native Americans across the country and found that 9 out of 10 were not offended by the name.

However, in February of this year, a UC Berkeley study showed “that at least half of more than 1,000 Native Americans surveyed are offended by the football team’s 87-year-old moniker and Native mascots in general.”

In a Friday column, Dan Wetzel of Yahoo! Sports wrote that in the end, money was the deciding factor in Snyder even considering changing the name, after swearing not to just seven years ago.

This one is all but over. It’s how it works. Change comes very, very slowly and then all at once. NASCAR banned the Confederate flag. The State of Mississippi redesigned theirs. Things that never were supposed to happen, did.

Consider this though, even if you can dig up some poll or find a Native American who isn’t offended, if you happened to walk up upon a group of Native Americans, would you greet them by shouting, “Hey, Redskins”? Would you do so believing you were conveying actual respect? Would you think that was a welcoming gesture?

We’ll continue to be on the edge of our seats, waiting to see what they land on in Washington.