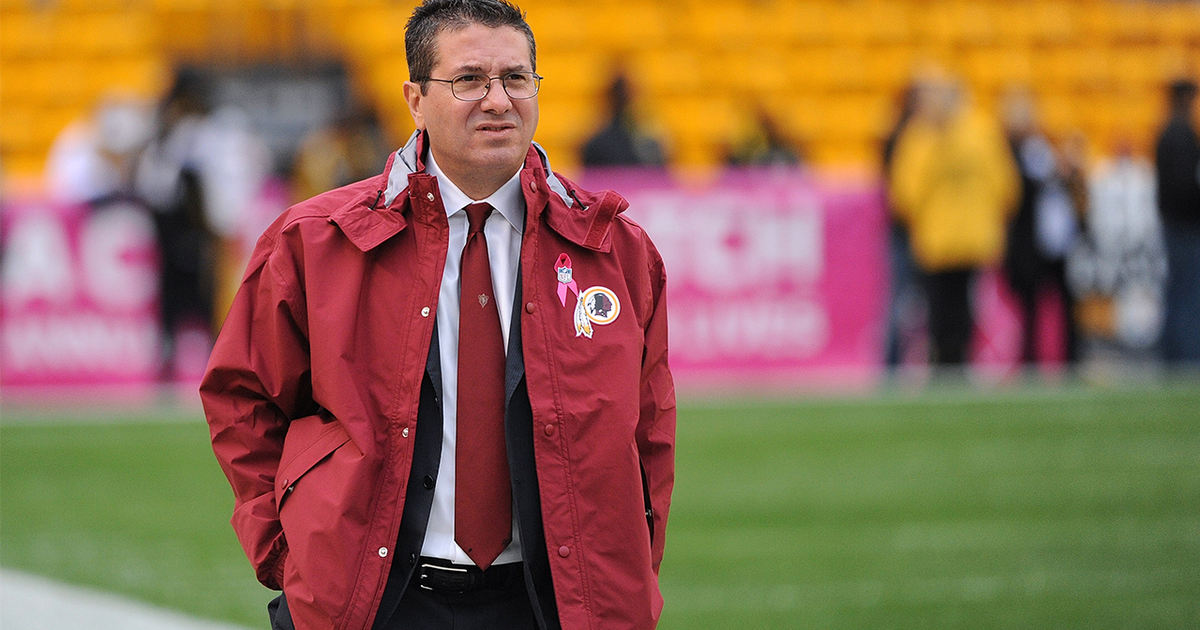 The Washington Redskins, according to reports, are nearing a decision on a new nickname for the franchise.

NFL reporter for Yahoo Charles Robinson joined ESPN Radio’s Dallas-Fort Worth station on the Saturday Sports Brunch with Clarence Hill and D.J. Ringgengberg to discuss the situation and stated, “Washington is about to have a new name – over the next 24, 48 hours.”

Per @CharlesRobinson a name change for the Washington football franchise is imminent. Teams have been told to scrub the old racist logo off of their platforms. Robinson says a new name could be revealed in the next few days

A likely candidate seems to be ‘Warriors’, which is allegedly a name owner Daniel Snyder has deemed a possible replacement in the past.

It also seems to be a favorite among the team.

The ‘Washington Warriors’ trademark is a popular one, with six applications already in place with the U.S. Patent and Trademark Office for the name.

6 pending applications with the USPTO for Washington Warriors! pic.twitter.com/xpIrJsBDuZ

There has also been speculation of the name, ‘Redtails,’ which was supported by the franchise’s QB Dwayne Haskins.

In addition to a new nickname, according to Adam Schefter, all Native American imagery will be removed.

The colors will stay the same burgundy and gold.

In their discussions about a potential new name, Washington is planning to have no Native American imagery, per a league source.

The Redskins have resisted pressure to change their nickname over the years, but after a push from business partners, fans and retailers, the franchise decided to undergo “thorough review” of the team’s name.

The first partner to call the franchise to action was FedEx, the title sponsor of FedExField, who officially requested the name change on Thursday, July 2.

On Friday, July 3, the Redskins responded, and NFL insider Adam Schefter reported a change could be imminent.

And here it is: the Redskins are undergoing a thorough review of the team’s name.

And let’s be clear: There’s no review if there’s no change coming.

Redskins on way out. pic.twitter.com/ZrS3cCvhMg

For years, the Redskins nickname has been a controversial one. It has long been considered offensive to Native Americans, and in recent years, Native American leaders have asked team owner Daniel Snyder to change the name, which he previously refused to do.

But in light of the recent racial unrest in America following the death of George Floyd on May 25, FedEx and other major sponsors have stepped up and requested that Snyder make the change.

And last week, Nike removed all Redskins merchandise from its website.

PepsiCo also followed suit, and many retailers pulled the team’s merchandise from their stores, including Target, Walmart and Amazon.

As the pressure mounts, so does the anticipation, as we wait for what the new name and logo will be in Washington.