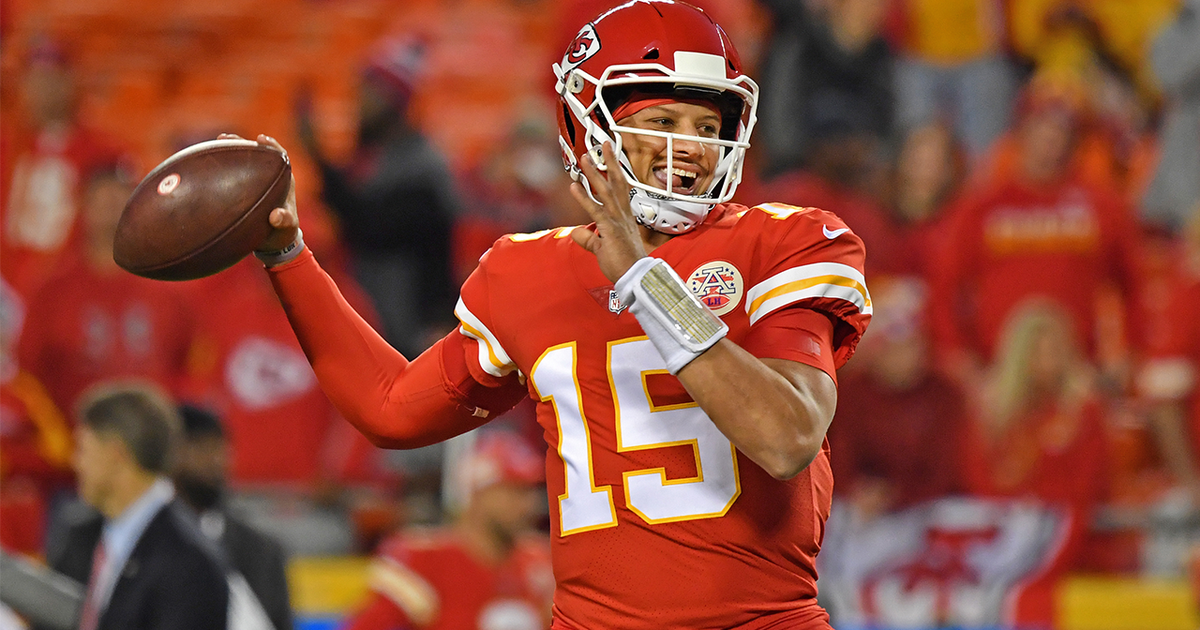 Last year, Kansas City Chiefs quarterbac Patrick Mahomes graced the cover of Madden, and this year, he’s added another prestigious accolade via the popular gaming franchise, officially becoming a member of the 99 Club.

A 99 rating is the highest a player can earn in the video game, and it’s seen as an honor for many NFL players.

Mahomes learned about the big news from teammate Travis Kelce, after finishing off the American Century Championship Celebrity Golf Tournament this past weekend in Nevada.

Mahomes Magic is back in the #99Club‼️

It’s no surprise the 2018 regular season MVP, reigning Super Bowl champion, MVP and highest paid athlete in North American sports history would reach the milestone, but it’s not the first time he’s ever seen a 99 next to his name.

While Mahomes didn’t begin last season in the 99 Club, he did reach the rating after he led the Chiefs to victory in their first three games in 2019.

Although Mahomes holds the highest possible overall rating in the game, and is the only QB to do so this year, he still had some concerns about what his dual-threat game might look like.

EA responded, and Mahomes seemed to be okay with the answer.

The 99 rating also comes with an elaborate gift box from EA Sports.

Mahomes sits atop the list of top-ranked quarterbacks in the game, with Seattle Seahawks QB Russell Wilson coming in second and reigning NFL MVP Lamar Jackson landing in the third spot.

Here are the Top 10 @EAMaddenNFL Ratings for QBs 👀

As is usually the case, not every NFL superstar QB was ecstatic with their ranking, and in this case, Houston Texans quarterback Deshaun Watson saw a teammate beat him to the punch in questioning his 86 rating.

In addition, 3-time Pro Bowler and former First Team All-Pro selection Darius Slay was not a big fan of where he was slotted.

We can’t wait to see what the rest of the week holds, as Madden 21 continues to reveal its ratings.