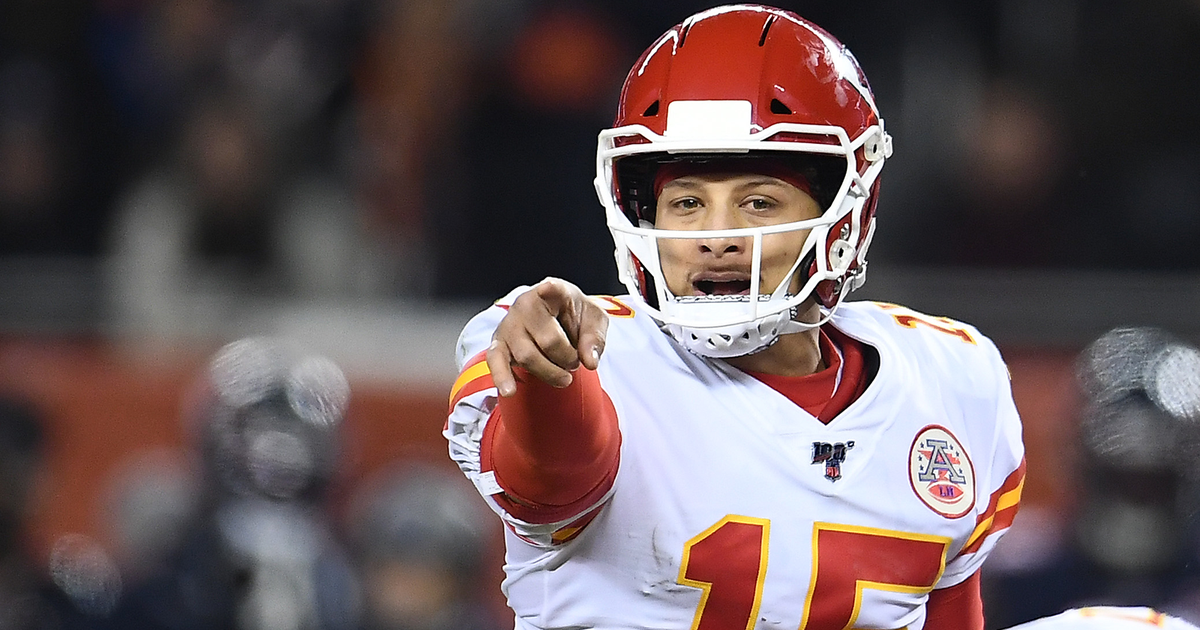 The question of “what would you do with $503 million?” isn’t a problem many of us are likely to have to wrestle with, not unless an opportune lottery win is just around the corner.

In truth, it’s not a conundrum that’s going to present itself for anyone in the National Football League soon either, despite Patrick Mahomes’ record-smashing contract revelation on Monday.

Patrick Mahomes and the #Chiefs have agreed on the richest deal in sports history. 💰👑
[10-yr extension worth $503 million] pic.twitter.com/QofZfy11Tj

The agents that operate within the National Football League’s realm love benchmarks. They love big numbers. They love for other people and other people’s clients to get paid, big time, because it makes it that much easier to use comparative negotiation when their guy is up for renewal.

When Mahomes got paid, the NFL’s player pool didn’t get jealous, it got excited. The only problem is, this one is a little different.

When Aaron Rodgers got $134 million over four years, it was spectacularly good news for Russell Wilson. When Jared Goff got $110 million guaranteed, it was good news for everybody. When Ben Roethlisberger got $68 million over two years, it set the bar for late-career top-tier veterans.

A lot of people will think that Mahomes’ blockbuster deal for half a billion dollars, spread out over a decade, will raise the market to even further heights. But maybe not so fast.

Patrick Mahomes’ contract has no effect on Dak Prescott’s:

Yes, every elite QB is now going to be targeting an annual pay scale that starts above $40 million per year. But, with a couple of notable exceptions, they may have a tough time getting it.

Here’s the rub. Every other QB, or his agent, is trying to convince ownership to part with that money by selling a dream. That’s what agents do. “This is your QB for the next decade,” they say. “This is the player to lift your franchise. This is the guy to be the face of the team. The ‘one’ to finally win you a Super Bowl.”

Lots of contracts have been inked on the expectation of a tilt at a championship. Most of those fantasies fade into reality, then nothingness.

And let’s not forget that even in the scheme of the NFL’s mega finances, $30 million is still a lot of money. Only six players topped that last year. Getting to $30 million implies a level of certainty and permanence. Going above that, you need to have some extra parts tacked on.

.@ShannonSharpe on Patrick Mahomes living up to his contract and winning MVP:

“Mahomes is off to the greatest career start in NFL history for a QB. He’s at the level of Peyton Manning. He’s going to be the favorite to win MVP every season.” pic.twitter.com/hKoABxICjh

Wilson, Rodgers and Roethlisberger were all Super Bowl champions with several years standing. Goff and Carson Wentz had, at the time, the vibe of being the future of NFL quarterbacking working in their favor. Matt Ryan had a decade of elite performance under his belt.

Moving forward, it will take a lot to get into the discussion at $35 million and even more to talk about $40 million, which is where Dak Prescott would love to get the Dallas Cowboys to. For the higher figure, Lamar Jackson and Deshaun Watson have the best immediate shot at it, but even that is not certain.

For a start, you get there by being young and excellent and coupling that by being willing to commit essentially the entirety of your productive career to one team.

“The best player in the sport, the most talented player maybe ever to play his position, made an affirmative choice at age 24 that he wants to spend the entirety of the prime of his career playing for the Chiefs,” FOX Sports’ Nick Wright told First Things First.

You get there by having already shown you are capable of leading the organization to a Super Bowl, not by having teased the potential of it, but by actually lifting your colleagues on your shoulders and getting the job done.

The best player in the sport, the most talented player maybe ever to play his position, made an affirmative choice at age 24 that he wants to spend the entirety of the prime of his career playing for the Chiefs. pic.twitter.com/93Fg5j1PAB

That’s why the Chiefs sounded positively gleeful when announcing the deal.

“This is a significant moment for our franchise,” Chiefs CEO Clark Hunt said. “Patrick has developed into one of the most prolific athletes in all of sports. With his dynamic play and infectious personality, he is one of the most recognized and beloved figures to put on the Chiefs uniform.”

Even that’s not enough to get you to half a billion dollars. It also comes from having a transcendent style of play that is unlike anything we have truly seen before, a form of technical expression that also happens to be thrilling and exhilarating to watch. And, oh yeah, by being a handsome, eloquent, likable character that is the perfect face for a franchise that isn’t interested in the small steps anymore – and wants to become a true NFL powerhouse.

Even if quarterbacks start to collect increased numbers on a per year basis, the length of contract is what is likely to make this record stand out, and linger, for a long time.

“This is baseball money. … Patrick Mahomes got the better end of this deal. He’s 24 years old, he’s only started 36 games in his career, he had 2 years left on his deal and he got a team to commit to him for 10 additional years. 10 years is a very long time.” — @36westbrook pic.twitter.com/f9Y8QuwCfG

“This is baseball money,” former Pro Bowl running back Brian Westbrook told First Things First. “Patrick Mahomes got the better end of the deal. He’s only started 36 games in his career, he had two years left on his deal and he got a team to commit to him for 10 additional years. Ten years is a very long time.”

Indeed it is. Who knows what the NFL looks like a decade from now, and whether a 34-year-old Mahomes is still doing his electrifying thing in Kansas City. Long quarterback deals have been struck in the NFL before, most of them did not play out to fruition.

Sports Illustrated described the contract as “gigantic, hilarious, American and great,” and it is. It is an absurd amount of money, unfathomable really, but if the most exhilarating player in the most popular sport in a country of 300 million people isn’t going to get it, who is?

It must be pretty good to be Patrick Mahomes, Crown Prince of the NFL, dreaming up ways to turn one title into a dynasty…and trying to figure out how to spend all that money.