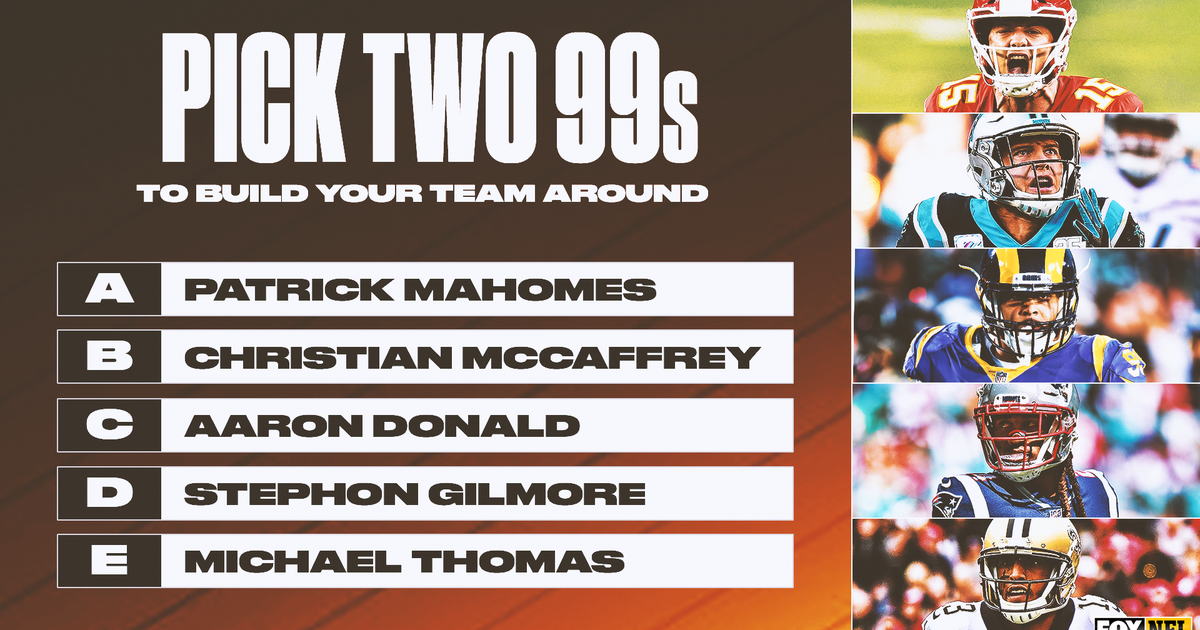 The ’99 Club’ for Madden 21 has officially been unveiled in its entirety, and it includes five current superstars.

But of these five NFL standouts, which two would you pick to build your franchise around?

Let’s check the credentials of each before you make your decision:

Why you want him: He is the consensus best quarterback in the NFL, evidenced by the historic 10-year, $503 million contract extension he signed last week.

Patrick Mahomes and the #Chiefs have agreed on the richest deal in sports history. 💰👑
[10-yr extension worth $503 million] pic.twitter.com/QofZfy11Tj

In his first full year as a starter in 2018, Mahomes led the Kansas City Chiefs to the AFC Championship Game and was named league MVP after the season. Last year, he took it a step further, leading the franchise to its first Super Bowl win in 50 years and claiming Super Bowl MVP.

The only QB with more than six TD passes of 50+ yards in the last two seasons?

Why you want him: If there is one player in the NFL that can do it all on the offensive side of the ball, it might be McCaffrey.

In 2019, McCaffrey recorded one of the greatest seasons for a running back in league history, recording 1,387 rushing yards and 15 rushing TDs, alongside 1,005 receiving yards and 4 receiving TDs.

He became only the third player in NFL history to record 1,000 rushing and receiving yards in the same season, joining Roger Craig and Marshall Faulk.

For his efforts, he was named to the 2019 Pro Bowl and was named First Team All-Pro.

Christian McCaffrey scores another touchdown. What else is new? @run__cmc #KeepPounding

Why you want him: An argument could be made that Donald is the most dominant player in the NFL today, considering this is his fourth consecutive season earning a 99 overall rating in Madden.

For the fourth season in a row, Aaron Donald is in the @EAMaddenNFL 99 Club! 🔥 pic.twitter.com/9I0reiOf39

In six professional year, Donald has racked up 72 sacks from the defensive tackle position, unseen numbers for an interior lineman. He led the league in sacks in 2018 with 20.5.

He has been named First Team All-Pro in each of the past five seasons, and he’s been named to the Pro Bowl every year since entering the NFL.

Aaron Donald tops the list of the highest-graded defenders of 2019 💪 pic.twitter.com/DlC52Fv0Fo

Why you want him: Last season, opposing quarterbacks learned that throwing the ball in Gilmore’s direction usually led to him getting his hands on it, one way or another.

Gilmore’s dominance in the secondary earned him Defensive Player of the Year honors in 2019, becoming the first defensive back to win the award since Troy Polamalu won it in 2010 with the Pittsburgh Steelers.

In 2018, he played a key role in helping the New England Patriots win their sixth Super Bowl, and the 3-time Pro Bowler has been named First Team All-Pro in each of the last two seasons.

Why you want him: There might not be a receiver with a more reliable pair of hands in the NFL today.

Since Thomas came into the league in 2016, he has has been a machine. Last season, he became the first receiver to win the NFL’s Offensive Player of the Year award since Jerry Rice in 1993.

He has led the NFL in receptions each of the past two seasons, and in 2019, he set an NFL record for most receptions in a single season with 149. His league-leading 1,725 receiving yards put him in a class of eight receivers all-time to record 1,700+ receiving yards in a season.

He was named First Team All-Pro in each of the past two seasons and is a 3-time Pro Bowler.

So, which two guys would you build around?

You have to pick two of these players to build your team around. Who are you going with? 🤔 pic.twitter.com/N6siZEV7Nj