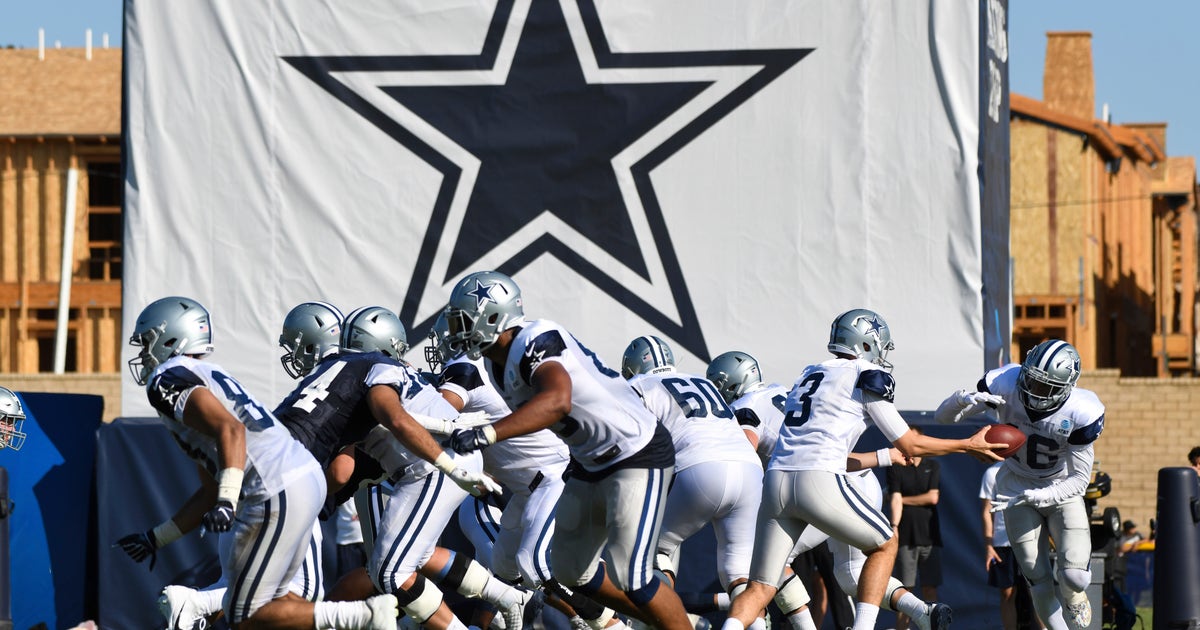 Tim Flynn was looking forward to one final year as the mayoral host of training camp for the Dallas Cowboys in Oxnard, California.

So much for that.

The pandemic forced the NFL to abandon, at least for this year, the fading but still time-honored tradition of teams traveling to training camp.

The league’s version of a stay-at-home order will end the latest California run for the Cowboys, stop the 54-year streak for the Pittsburgh Steelers in Latrobe, Pennsylvania, and keep the Carolina Panthers away from the only campsite the 25-year-old franchise has known.

And Flynn won’t get that final, formal goodbye with Cowboys owner Jerry Jones. Camps are scheduled to start July 28.

“It’s a little bit of a disappointment for me individually because I’m moving on,” said Flynn, who is running for another office in Ventura County after 14 years on the Oxnard City Council, the last eight as mayor.

“But you know what? I’ll still be able to see the practices. I just won’t be mayor doing it. That’s kind of like my own special relationship there.”

Flynn is confident the Cowboys will be back after one year in Texas. Dallas will hold the entirety of camp in its home market for the first time. It will be in the sparkling facility that opened four years ago and can handle the logistics because of an indoor field that can keep players out of the Texas heat.

But even before the opening of the sprawling complex 30 minutes north of Dallas, Flynn said he never worried about whether Jones would quit bringing the Cowboys to California.

Likewise, Flynn isn’t concerned that Jones & Co. will suddenly realize they have everything they need in the suburb of Frisco and don’t have to make the NFL’s longest trip for training camp: about 1,500 miles.

Among the biggest assets about 60 miles north of Los Angeles are mild weather and two side-by-side outdoor grass fields next to a hotel that houses all players, coaches and staff members.

“There’s just nothing that can replace it,” Flynn said. “The lure of California will always be there. And if not just for the Cowboys, it is for many other teams. But we have a very special relationship with the Cowboys and we want that to continue.”

Officials with Wofford College in Spartanburg, South Carolina, are preparing for the permanent departure of the Panthers. The club is building a practice facility in Rock Hill, still in South Carolina but about 40 miles closer to downtown Charlotte.

When the new building opens, training camp and everything else will be held there — as it is with the majority of NFL teams. For decades, most or all teams trained elsewhere in the summer. That number has dwindled to single digits.

Wofford, the alma mater of former owner Jerry Richardson, built locker rooms and facilities specifically for the expansion Panthers, who debuted in 1995.

“We’ve enjoyed hosting them, made a lot of friendships and learned a lot,” said athletic director Richard Johnson, who was Wofford’s men’s basketball coach when the Panthers showed up.

“I think the ancillary benefit to hosting camps is you get kind of the side benefit, the expertise of that organization. We’re going to miss that. It’s always good to have visitors on campus. So we’re gonna miss that as well.”

Saint Vincent College in Latrobe hasn’t seen a summer without the Steelers since 1965, when they trained in Kingston, Rhode Island, before splitting the 1966 camp between the University of Rhode Island and Saint Vincent.

In a brief statement after the NFL announced that teams would stay home, Steelers President Art Rooney II said the club planned to return to Latrobe next year.

The Cowboys had a 27-year streak in Thousand Oaks, not far from Oxnard, that ended in 1990, a year after Jones bought the team and fired longtime coach Tom Landry. The club has bounced between Texas and California since. The latest streak in Oxnard lasted eight years.

The Buffalo Bills have trained about a 90-minute drive from home at St. John Fisher College in Rochester, New York, since 2000, and their current deal covers next season.

Sean McDermott has preferred shorter stints away from home, and there’s been speculation the fourth-year coach wants to spend the entire time at the Bills’ facility. McDermott takes issue with such talk.

“I think there was some myth, for some reason, mixed messaging early,” said McDermott, who has led the Bills to the playoffs twice in three seasons after Buffalo missed the postseason 17 straight years. “I just believe in that for a lot of reasons, one of which is getting away I think builds fellowship and camaraderie.”

Super Bowl champion Kansas City has trained about an north in St. Joseph’s, Missouri, for the past decade, and coach Andy Reid prefers going away. Like the Cowboys, the Chiefs have two outdoor fields and one indoor field, so being at home won’t be a huge issue.

It’s not much of a blip for Indianapolis either. The Colts have trained not far from home at a massive youth sports complex the past two years and are likely to return next year.

Washington has trained in Richmond, Virginia, since 2013, but was at team headquarters before that. The move to Richmond was mostly for fans, so it might be in play next year.

Flynn is sure the fans will be waiting if — he leans toward when — the Cowboys return to Southern California.

“The Cowboys being a national sports team, it broadens their fan base by coming to California,” Flynn said. “I just always thought they’d be back.”

If so, they’ll be greeted by a new mayor.