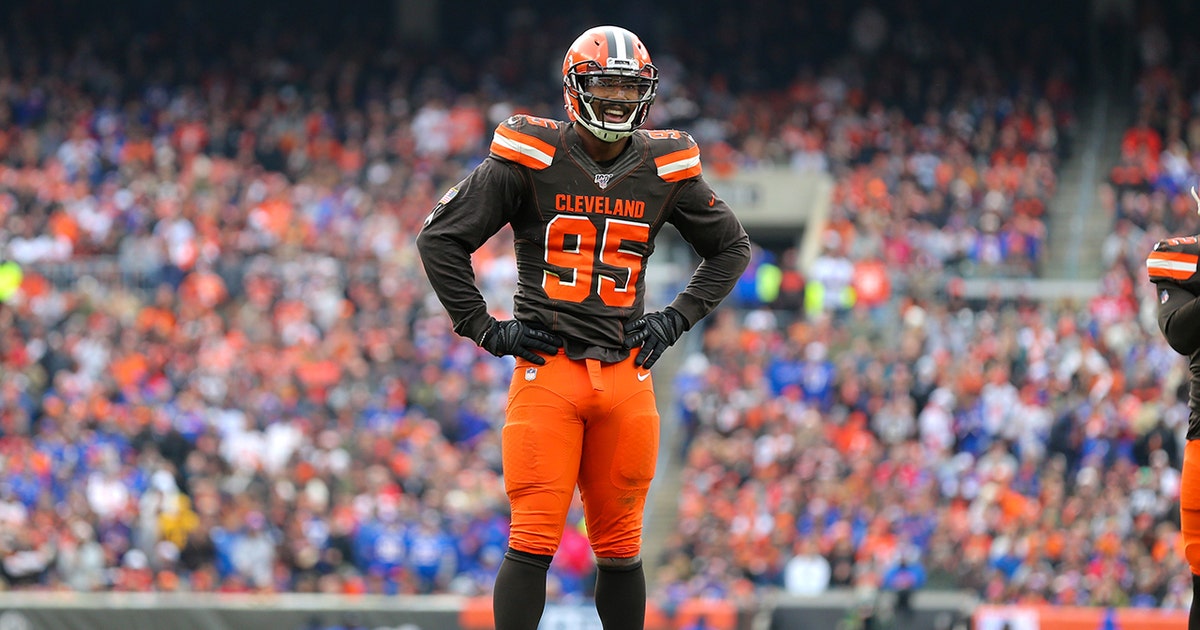 Myles Garrett signed a 5-year contract extension with the Cleveland Browns on Wednesday worth $125 million, $100 million of which is guaranteed.

With the extension, Garrett will become the highest-paid non-quarterback in the NFL, surpassing Chicago Bears’ linebacker Khalil Mack ($23 million) in terms of annual salary.

After signing the deal , Garrett thanked the franchise and its fans for embracing him back in 2017, when the Browns selected Garrett with the No. 1 pick in the 2017 NFL Draft.

“This has been a long time coming, something that Myles Garrett’s rep Buzz Cook and the Browns have worked on, for not just the last couple of weeks but the last couple months … He had a suspension at the end of 2019. The Browns stuck by him and believed in him, and finally today, they’re gonna pay him.”

From @GMFB: The #Browns and pass-rusher Myles Garrett have a deal on a 5-year, $125M extension that makes him the highest paid defensive player in the NFL… and proves they are sticking by him, big-time. pic.twitter.com/wEED5Ni67p

Garrett came out of Texas A&M, and his sophomore season served as his breakout year. He was named to the Pro Bowl and selected Second Team All-Pro, after recording 13.5 sacks and 3 forced fumbles in 16 games.

Last season, Garrett was on pace to surpass his 2018 production, after racking up 10 sacks and 2 forced fumbles through 10 games. However, he was suspended the final 6 games of the season and fined $50,000 for an altercation with Pittsburgh Steelers quarterback Mason Rudolph at the end of a 21-7 Cleveland win on Nov. 14.

The NFL reinstated the 24 year-old Garrett in February.

You know Myles Garrett is great because the Browns don’t ever get dunked on for not taking Patrick Mahomes.

Garrett has indeed been a dominant pass-rusher since entering the league, ranking 4th in sacks-per-game (0.82) since 2017, which trails only the New England Patriots’ Chandler Jones, the Los Angeles Rams’ Aaron Donald and the New Orleans Saints’ Cameron Jordan.

Even in a season shortened by his suspension, he led the Browns in sacks, pressures and hurries.

In case you were wondering why the #Browns made Myles Garrett the highest-paid defender in the NFL ⬇️ pic.twitter.com/OepUoIF6oz

While Garrett might be the Browns’ most effective player on the field, Cleveland quarterback Baker Mayfield is the team’s star.

Mayfield congratulated his teammate on Wednesday.

Cleveland finished last season 6-10. The team has not missed made it to the playoffs since 2002 and has not won a playoff game since 1994.