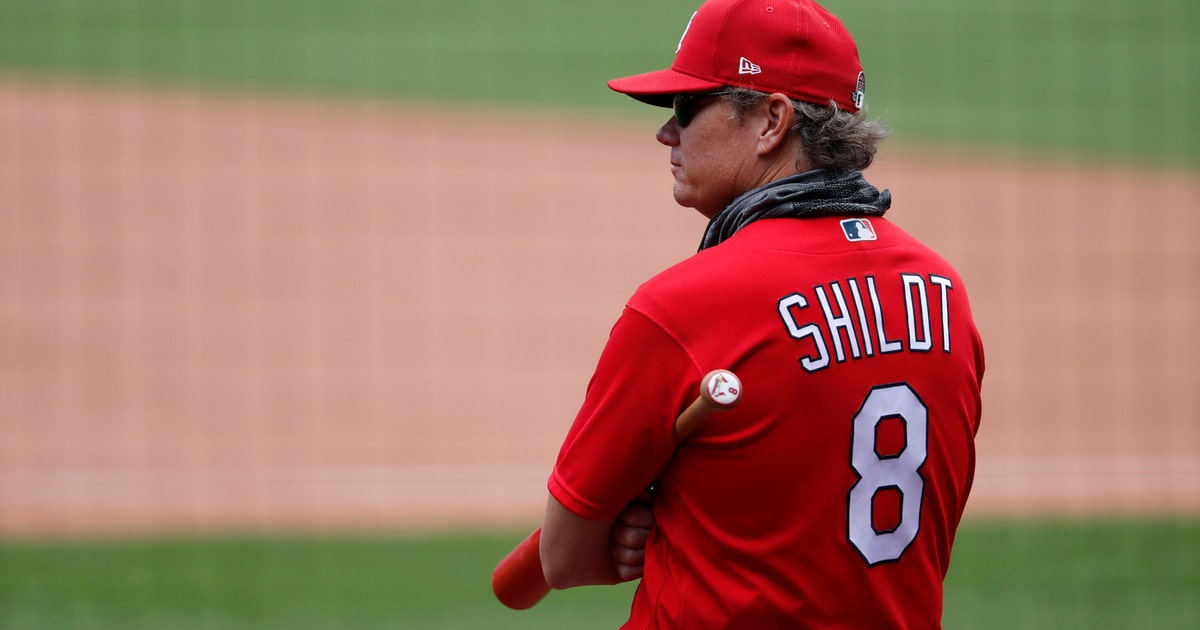 NEW YORK — Two-time defending NL batting champion Christian Yelich has a long way to go if he wants a three-peat. The Milwaukee Brewers star is 1 for 28 to start the season, an .037 average that’s worst among qualified hitters.

Not by much. Houston’s George Springer is batting .048, and teammates Jose Altuve — another two-time batting champ — and Alex Bregman aren’t much better at .174.

It’s not just those big names. Coming off a condensed preseason camp for a 60-game season truncated by the coronavirus pandemic, hitters are stumbling out of the batter’s box.

“At this point, just like you see in spring training, the pitchers are a little bit more ahead of the hitters,” Nationals manager Dave Martinez said Wednesday.

The league-wide batting average after Wednesday’s games is .229, down from .252 last season even though the National League adopted the designated hitter for this season. The all-time low for batting average is .237, set in 1968, “the year of the pitcher.”

Strikeouts are up for the 15th straight season — 24% compared with 22.4% in 2019, if you exclude pitchers from last year’s tally. Meanwhile, the home run rate is down a year after extra-slick baseballs helped produce a record 6,776 big flies.

It’s no sample size fluke, either. Batters have made more than 6,000 plate appearances.

And although hitters often start slowly in March and April, this collective slump is far worse than anything seen in recent years.

The reigning World Series champion Nationals have been among the clubs struggling most. The team has scored two or fewer runs in four of six games to start the season, and the Nationals were shut out through nine innings in one of the others before breaking out in extra innings.

The absence of Juan Soto, a star slugger sidelined since Opening Day by COVID-19, is part of the problem. But Martinez thinks the three-week summer camp is a bigger one. Not only was the preseason schedule half the length of a usual spring training, but clubs could set up only a few exhibition games to get ready for Opening Day.

“You can simulate all the games you want, but when the season starts, everything amps up,” Martinez said. “Guys are throwing a little harder. So these guys have just got to catch up and their timing’s got to catch up.”

The St. Louis Cardinals entered Thursday with only one hitter batting better than .250 — slugger Paul Goldschmidt, at .316.

Manager Mike Shildt also believes abbreviated preseason camps are a culprit, but not the only ones. Many indicators of the offensive struggles, including a rise in strikeouts and drop in batting average, are continuations of trends already underway.

“There’s multiple factors why pitching has been able to stay ahead of the curve, so to speak, over the last several years, with a lot of different reasons,” the reigning NL manager of the year said. “Clearly, the shifts. A lot better clarity on how to pitch guys, the matchups and, of course now, we have deeper bullpens that create more opportunities for different looks for hitters.”

The DH hasn’t helped, even as it’s created at-bats for sluggers such as the Mets‘ Yoenis Céspedes. NL players slotted into that position have hit just .210 with 14 home runs in 511 plate appearances — production that wouldn’t fly even for a second baseman.

Part of the problem might be that pitchers are throwing harder than they usually do at the start of the season. Average fastball velocity over the first week was 93.3 mph, compared with 92.9 in March and April each of the past three seasons, per FanGraphs.

Not that pitchers haven’t been affected by the unusual start. Houston’s Justin Verlander, the Dodgers’ Clayton Kershaw, Texas’ Corey Kluber and Washington’s Stephen Strasburg have all been injured during the first week. There was concern that pitchers might get hurt ramping up without a full spring training.

Milwaukee manager Craig Counsell thinks hitters will find a grove eventually. He certainly hopes so: Yelich and the Brewers are hitting .198 as a team, one of four clubs stuck below the Mendoza line.

“I don’t think five games probably is the right sample for that, necessarily,” Counsell said.