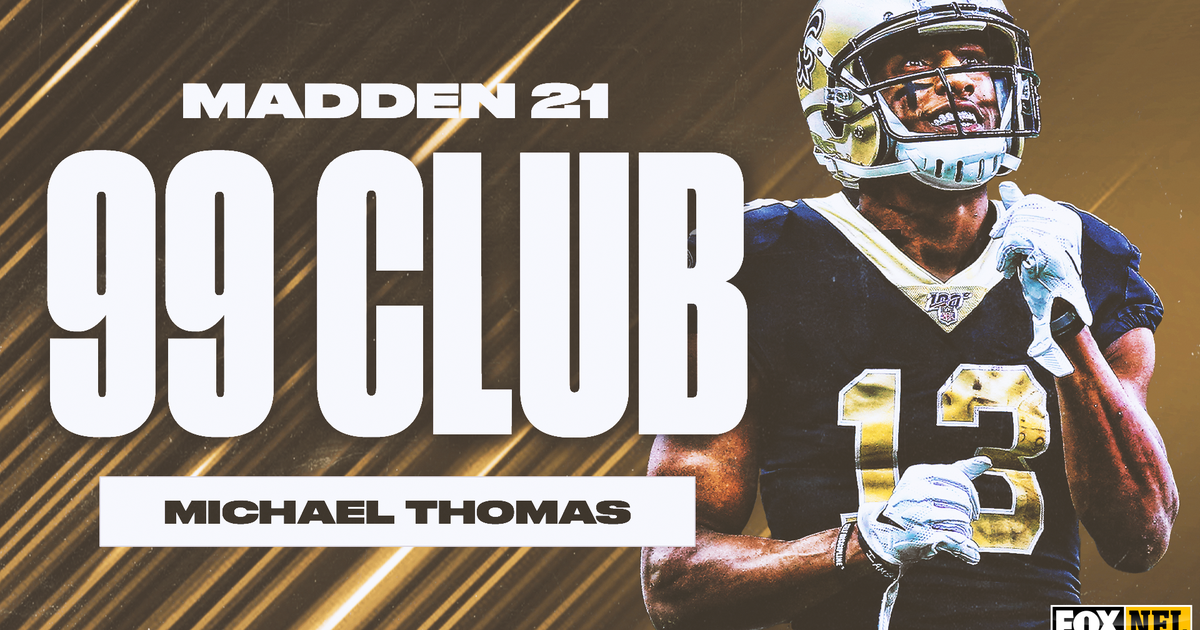 After being named the NFL Offensive Player of the Year in 2019, New Orleans Saints wide receiver was welcomed into the Madden 21 ’99 Club’ on Friday, becoming the fifth and final member for this year’s edition of the popular video game franchise.

Thomas got the news about his induction into the ’99 Club’ on his way to play a game of pool with his barber after getting a haircut.

“Now the kids know who to play with when they play the game. They’ll see why Drew Brees gives me a lot of opportunities on Sunday. 99 in real life, 99 on the game. Can’t guard Mike.”

When @CantGuardMike found out he would be in the #99Club 💪 pic.twitter.com/OveaVAT41h

The 27 year-old Thomas is the only member of the ’99 Club’ who was not a first round pick. He was selected in the second round of the 2016 NFL Draft by the Saints.

And since coming into the league, Thomas has rewritten the history books, becoming the most accomplished receiver in NFL history through four seasons.

Only one player in NFL history has recorded the following through his first four seasons:

Michael Thomas is in a class by himself. pic.twitter.com/DVdUJkqyCY

Last season, he was named First Team All-Pro for the second consecutive season and he set a new NFL record for receptions in a season with 149.

In addition, Thomas became the first wide receiver to win the NFL’s Offensive Player of the Year Award since Jerry Rice in 1993.

Interestingly enough, Thomas still might not be seen as the premier wide receiver in the game.

In a recently conducted poll by ESPN that surveyed 50 NFL executives, scouts, and players, Julio Jones was voted the best wideout in the league.

In a poll conducted with 50 NFL executives, scouts and players, ESPN ranked the top 10 wide receivers for this upcoming season. pic.twitter.com/AnAXYtAHxJ

Jones clocked in with a 97 rating on Madden 21, making him the third best wide receiver behind Thomas and Arizona Cardinals wide receiver DeAndre Hopkins, according to EA Sports.

Madden 21 will continue to release its ratings in the coming days.

In other words, let the debate rage on.