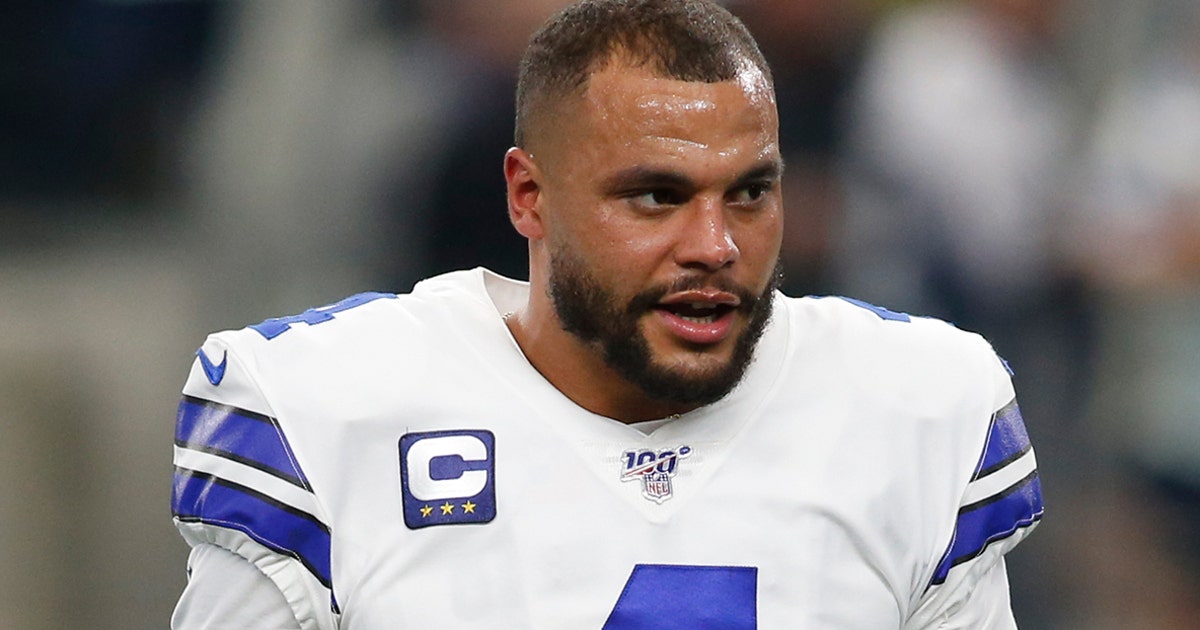 After failing to reach an agreement on a long-term contract before Wednesday’s 4 p.m. ET deadline, Dak Prescott will officially play the 2020-21 season with the Dallas Cowboys under the franchise tag.

The question now becomes: How long will Prescott remain in Big D?

There was some late talks between the #Cowboys and Dak Prescott’s camp. It didn’t seem to gain much traction. And so, Dak plays on the tag and will go another season on a 1-year deal. https://t.co/TCdssoRL00

If reaction to Wednesday’s news is the bellwether, signs are pointing to a road out of Dallas for Prescott sooner rather than later. Prescott himself was diplomatic after the deadline passed, telling NFL Network’s Jane Slater that he’s “grateful and blessed to be a Cowboy.”

But Dak’s older brother, Tad, tweeted a charged indictment of the Cowboys.

There is a reason I was never a @dallascowboys fan growing up or before they drafted @dak after today, who knows how much longer I’ll be cheering for them.

Skip Bayless offered his take on the Tweet on Thursday morning’s “Undisputed,” saying, “… it is so scathing, it is so negative what he’s saying, that I went from momentary elation to complete deflation … There is bad blood between my quarterback and my owner.”

“I stand by what I said: Dak is capable of winning a couple Super Bowls for the Dallas Cowboys. But something went way wrong here in the negotiations.”

Regardless of the relationship between player and front office, most analysts see this impasse as an opportunity for Prescott to cash in down the road. Nate Burleson of “Good Morning Football” predicts Prescott will play out the franchise tag – or tags, if another comes in 2021-22 – and sign a lucrative deal.

“Dak Prescott, because of the way he plays, his ability to go out there and lead his team, and most importantly he’s durable. Which means he could end up being completely healthy when all this is said and done and he can walk away from Dallas, just waving his hand, and go and pick up a bigger check somewhere else.”

Will Dak Prescott regret not getting a long-term deal done before the deadline?

Former Cowboys great Darren Woodson is concerned the Cowboys could be setting themselves up to enter a “quarterback purgatory,” where play at the position is holding a team back from winning games. Woodson, who played his entire pro career in Dallas from 1992-2004, recalls such a period following Troy Aikman’s final season in 2000, before Tony Romo began re-solidifying the position in 2006.

Woodson asks, “Why go through that all over again? You have a franchise guy, get him done.”

Cowboys great ⁦@darrenwoodson28⁩ is stunned that the Cowboys didn’t get something long-term done with ⁦@dak⁩. Woody feels Prescott could soon be playing somewhere else. #DakPrescott pic.twitter.com/c6Q2Xu6VBu

Jerry Jones isn’t alone in his corner, however. Colin Cowherd thinks Prescott made a mistake not taking the offer from the Cowboys, saying, “The Cowboys didn’t, didn’t, offer him a poor deal. They offered him 33 to 35 (million dollars) for 5 years, 100 million guaranteed. They didn’t lowball him. That’s, to me, a little more than he deserves, or has earned.”

Dak Prescott wanted everything, and he made a mistake in negotiations.@ColinCowherd reacts to the Cowboys QB not agreeing on a long-term deal: pic.twitter.com/ZsBtQuzd8M

With this season’s saga decided, what are the odds Prescott sticks it out beyond this season? Well, the tea leaves at FOXBet point toward Prescott starting 2021-22 with Dallas. According to their insights, the Cowboys are the favorites at -550, with the New England Patriots second-favorites at +450 and the Pittsburgh Steelers next at +750.

So, after Dak and the Cowboys dominated the offseason discussion this year, it looks like everyone’s set to dance all over again next year.