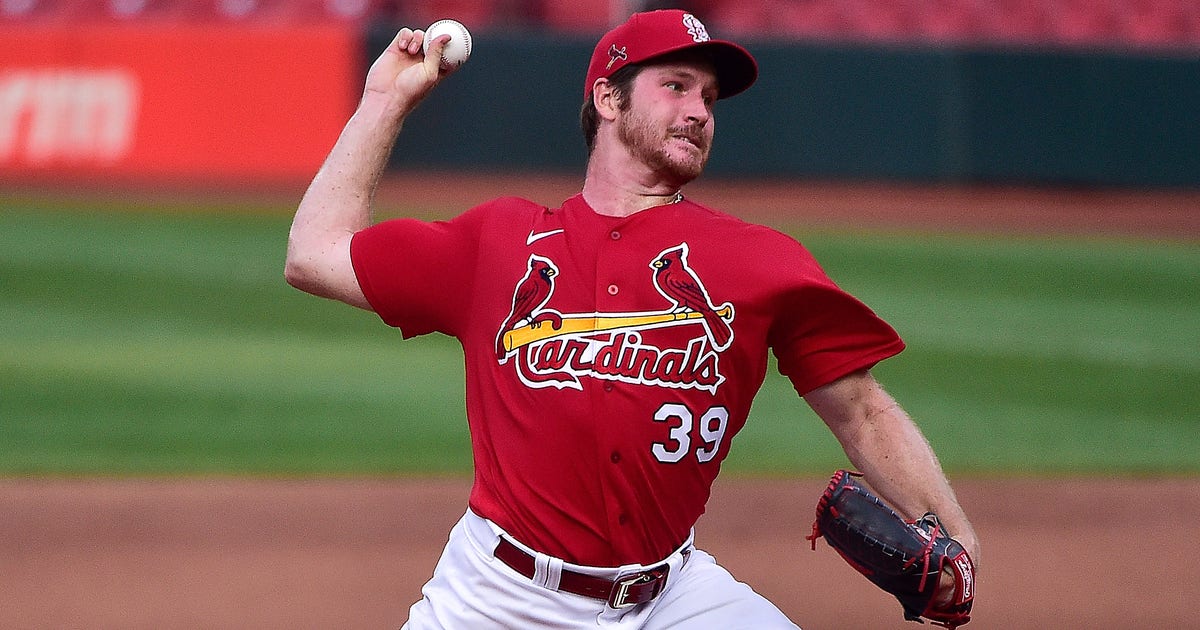 Good thing the St. Louis Cardinals have a deep pitching staff. One of their starters, Miles Mikolas, was placed on the 10-day injured list Tuesday.

Mikolas, who was scheduled to start Wednesday in Minnesota, has a right forearm strain. It would have been his first action of the season. The right-hander pitched in an exhibition game against the Royals.

Mikolas, 31, missed spring training in Jupiter with a flexor tendon injury in his right forearm.

The Cardinals made two roster moves to account for Mikolas’ absence, activating right-hander Giovanny Gallegos from the IL and recalling right-hander Jake Woodford from the Club’s alternate training site in Springfield, Mo.

Gallegos, 28, joined the team after returning from his residence in Sonora, Mexico, on July 20, and has been on the Injured List since.  The right-handed relief pitcher was 3-2 with a 2.31 ERA in 66 appearances in 2019, while leading all National League relief pitchers in fewest baserunners/9 IP (7.88) and ranking 2nd among relievers in WHIP (0.81).

Woodford, 23, the Cardinals supplemental first round selection (39th overall) in the 2015 Major League Baseball Draft, is a three-time Minor League All-Star and was the starting pitcher for the Pacific Coast League in the 2019 Triple-A All-Star Game.  The right-hander carries a career minor league record of 30-32 with a 3.87 ERA over 106 appearances with 101 starts.  His first appearance will be his Major League debut.

Both Gallegos and Woodford will join the Cardinals and be active for their scheduled game against Minnesota at Target Field tonight.